1. Pinterest surpassed Snapchat as the third-biggest social media platform in the US in 2019.

Pinterest for Business update:  Pinterest saw 9.1% growth in 2019, a revision from our previous estimate of 4.3% growth. This year, it will have 86.0 million users, compared with Snapchat’s 83.1 million. The gap between the two platforms’ user bases will continue to grow through the end of our forecasting period in 2023.

Pinterest’s users will make up 41.1% of all US social network users in 2020, similar to Snapchat’s 39.7%. For this metric, we expect Snapchat to remain flat in 2021, but Pinterest will gain share slightly. Pinterest’s users are more evenly represented across all age groups as a percentage of the general population, while Snapchat’s are much more skewed in the younger age groups. Pinterest for Business update: Pinterest created a new messaging feature which can be found on your profile page to help you communicate with other users. 3. A new feature in the Pinterest analytics dashboards that shows your top boards.

You can see your top boards based on; impressions, engagements, closeups, link clicks, and saves.

Pinterest for Business Expert Actionable Tip: Showcase your top five boards in the “FEATURED” section as shown below on your profile page. Why? Since this information was top of mind for your target audience over the past 30 days that means they want more of  this type of information. In addition, it’s most likely a popular topic with other users that have not discovered you yet so by placing these boards in the Featured section it might just get you the extra attention you were hoping for. Hopefully that will result in getting more engagement. This is what Pinterest for Business is all about.

Related: How to Use Pinterest Analytics to Grow Your Business 4. You can try on makeup before buying it.

In addition, Pinterest found that users wanted ways to explore makeup and beauty looks without the stress of having to try something new at a store or buying a new product online they haven’t tried.

That’s why Pinterest created a new tool called “TRY ON” which is powered by the Pinterest visual search technology called the “Lens”.

How Does it Work?

Related: How Visual Search Technology is Changing The Shopping Experience 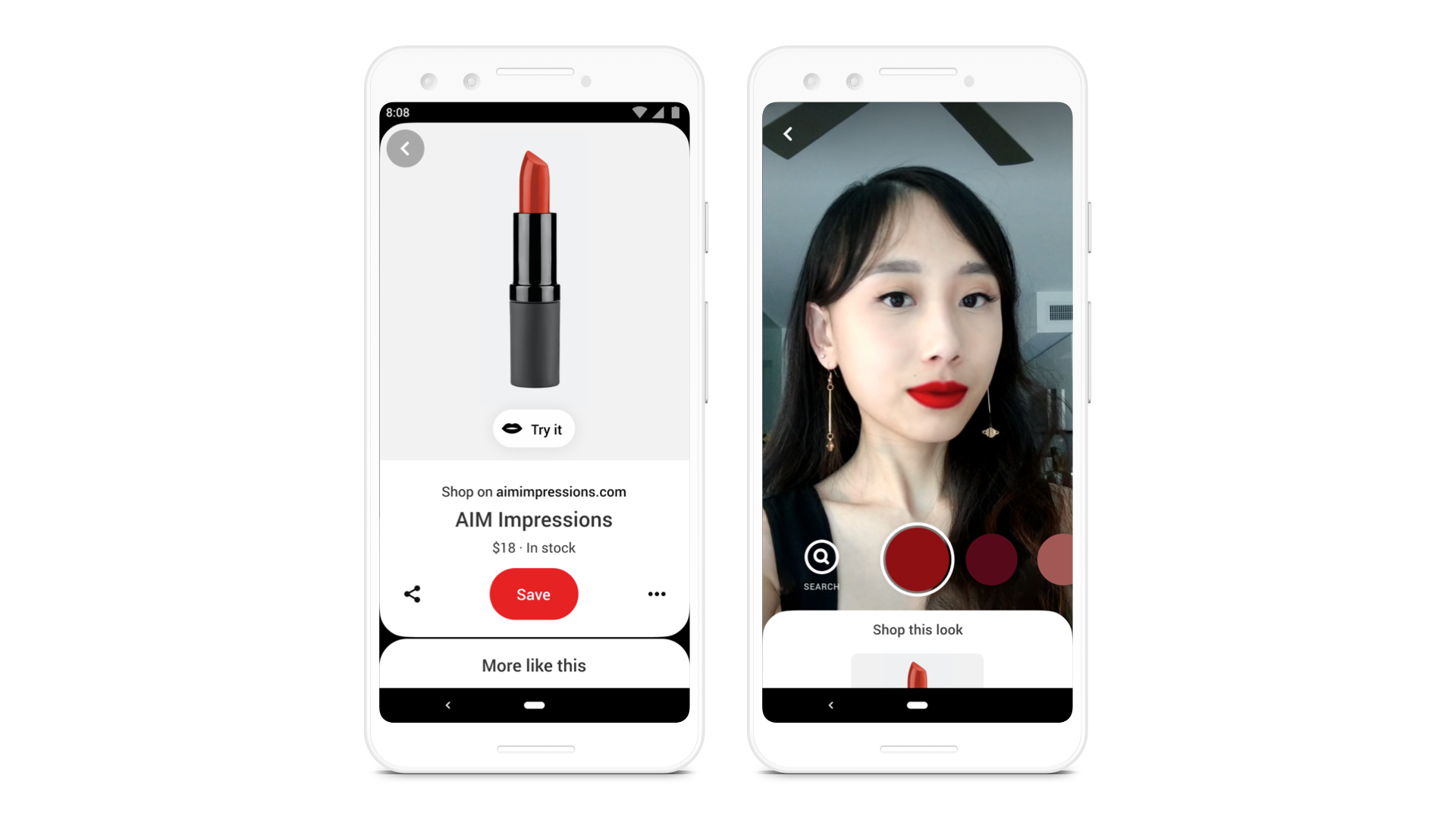 Try On includes Pinterest’s skin tone range feature, so Pinners can see similar lip shades on skin tones that match their own. And with Try On, you won’t find skin smoothing or image altering effects that make you look less like you (as you might see on some other AR technologies). 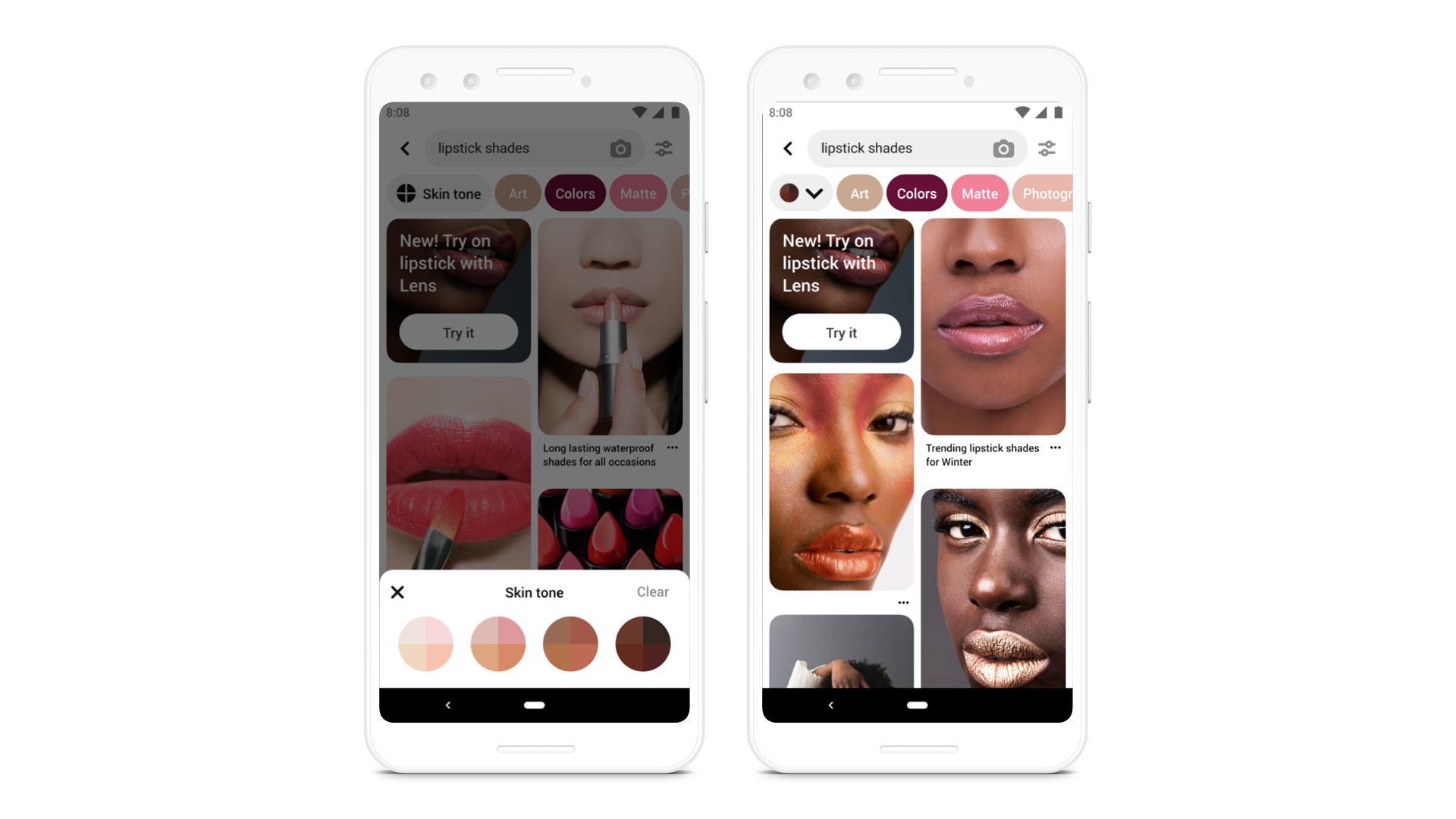 As you try new lip shades, you can also snap a pic of your try and save it as a Pin to come back and shop later. 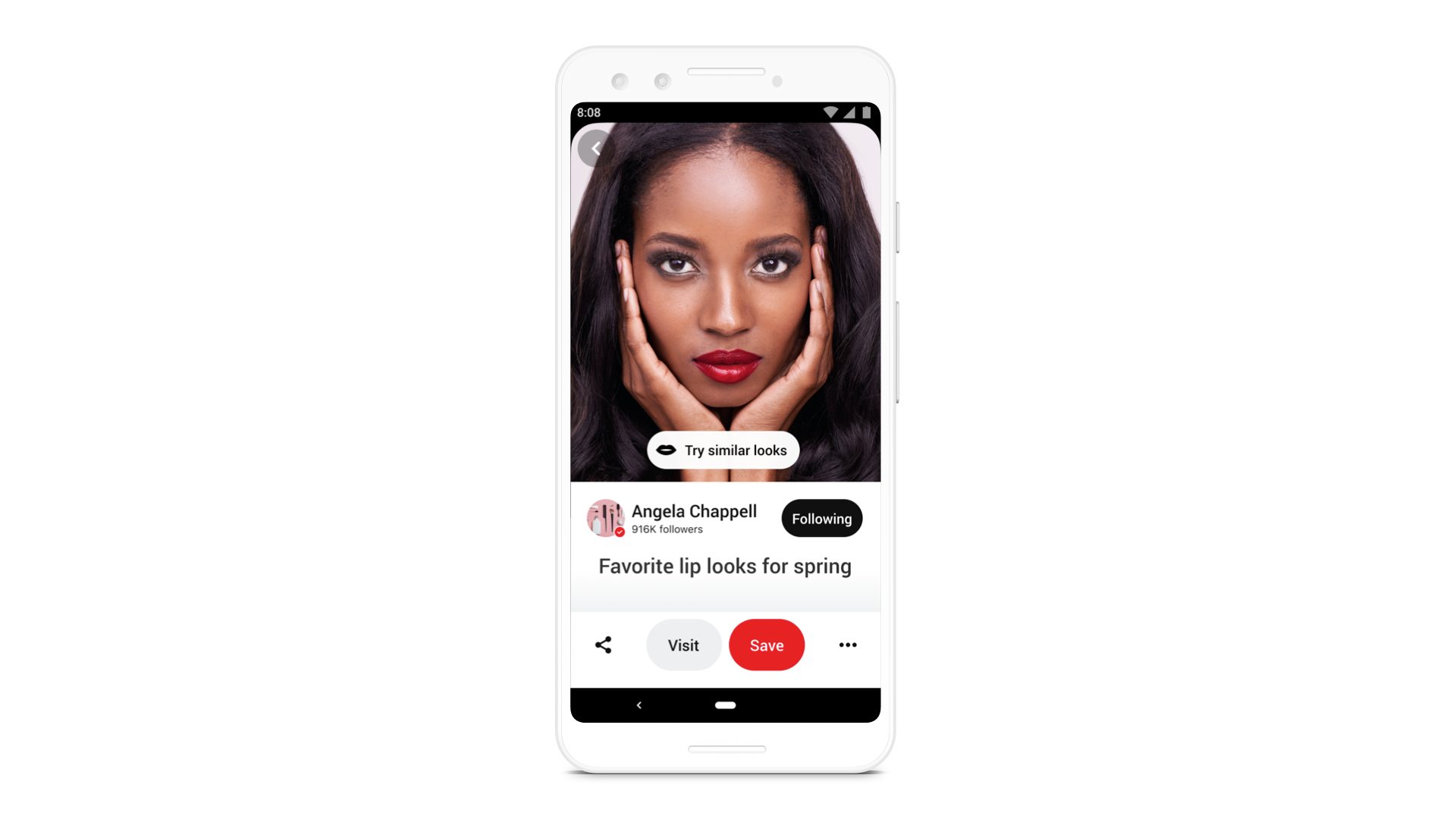 “We heard from Pinners who wanted a way to try on new looks for happier purchases they won’t want to return while mobile shopping.” They also wanted ways to explore looks without the anxiety that may come with trying something new at a store or buying a new product online they haven’t tried.

Google is using artificial intelligence to organize your search into collections. Doesn’t it look very similar to Pinterest? Google now suggests link collections based on your searches, which you can choose to save and curate. The tool also helps you explore more ideas on the bottom of the collections by tapping on the “Find More” button. This is actually the same format as Pinterest but it is labelled “More to shop” and “More like this”.

Google believes the new feature could be used by friends who’re collaborating on recipes and decorations for a party. The company seems to have thought ahead about which searches you might actually want to collaborate on. The is the same thinking behind Pinterest’s “Group boards” as well.

6. People flock to Pinterest when shopping for furnishings and home decor.

Here’s what social media agencies have to say:

Pinterest influencers Erica Chan Coffman and Jan Halvarson, who each have millions of followers, said Pinterest has best served their businesses indirectly through traffic referrals.

“Soon after Pinterest launched, it quickly became obvious that it was the top driver of traffic to my blog,” said Coffman, executive editor at HonestlyWTF. Coffman, who has 6.2 million followers on Pinterest, includes sponsored pins in contracts with large brands. Another example of Pinterest for Business being wide open. 14 Entrepreneur and Influencer Lessons I Learned from Crushing It by Gary Vaynerchuk: Part 1 »